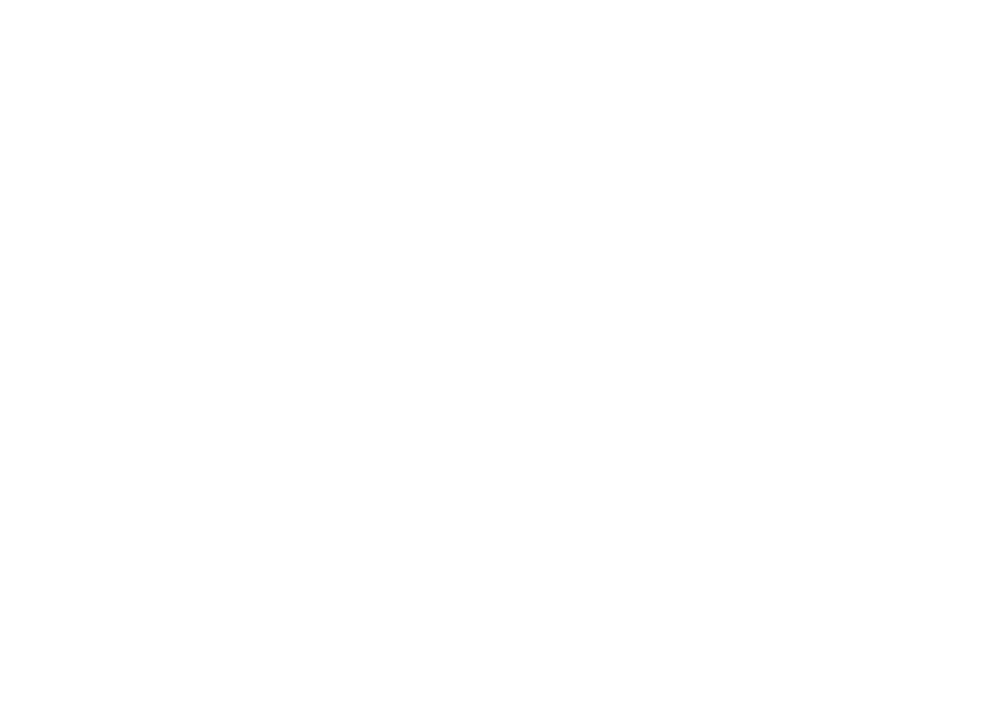 On “Parousia” and/or “The Delay of The Parousia”

We must avoid reasoning in a vacuum with respect to “The Delay of The Parousia”. A basic example:

Those two are often mistakenly equated. Why is that specific “If/Then” amid that duo of “A/B” in fact a mistake? Well, of course the obvious comes to mind (….we cannot jettison “husbands love your wives as Christ loved the Church” and so on…) but there is far more than that. See the following:

“Those who have wives should live as if they do not (Conflict of Interest)” from the series “Meant to Be” at https://www.youtube.com/watch?v=-sKZMtW6srU&list=PLmrDlLawTuYShINWwEikAN55ol5rEIuHx&index=4&t=0s

John 21: 22-23, Christ and His disciples clearly allowed for Not-Dying over a very *abnormal* amount of time, so much so that Not morphed to Never. The mindset there is undeniable. This follows seamlessly with the same mindset already present throughout the OT where there is the constant of the imminent promise of the coming of The Kingdom. So much so that Hebrews 11 finds the amalgamation of dying while yet *expecting*. From A to Z Scripture’s tone is one of “Behold, I Come!” The inability or unwillingness to read and embrace entire meta-narratives leads to the obvious problems in the analysis of too many of our Non-Theist friends.

To avoid reasoning in a vacuum with respect to “Parousia” there is the following:

“Bible Contradiction? When did Jesus say that he would return?” at https://veritasdomain.wordpress.com/2020/06/26/bible-contradiction-when-did-jesus-say-that-he-would-return/

Again to avoid reasoning in a vacuum with respect to “Parousia“, there are these four links to W.L. Craig:

“Was Jesus Wrong About the Time of His Return?” at http://www.thinkingchristian.net/posts/2015/02/was-jesus-wrong-about-the-time-of-his-return/ is a good essay on the question. Some specific comments from that thread:

And also https://www.thinkingchristian.net/posts/2015/02/was-jesus-wrong-about-the-time-of-his-return/#comment-112310 along with https://www.thinkingchristian.net/posts/2015/02/was-jesus-wrong-about-the-time-of-his-return/#comment-112326 which together read as follows:

When I take the OT alone, that is the case “for the most part”. When I take the NT alone, that is the case “for the most part”. But when I take the entirety of Scripture with both the OT and NT, well the seams just fade out far more into what begins to approximate a more intellectually satisfying cohesive whole there in milieu of the former combo over and above the milieu of the latter combo. That said, your contribution to my perspective has buttressed me with a new and more thorough awareness of the various lines of tension here, which has been and will continue to be valuable.

And also https://www.thinkingchristian.net/posts/2015/02/was-jesus-wrong-about-the-time-of-his-return/#comment-112315 which (again) has the four links to Craig and reads as follows:

The marriage of the ever-present “ontic-posture”, as it were, of the Imminence of Christ, of God, on the one hand, with the ever-present “ontic-posture”, as it were, of Christ yet-to-actualize, of God yet-to-actualize, on the other hand, is seen throughout the OT, and, just the same, is also seen throughout the NT. Of course the landscape amid God/Man just cannot be anything other than “that landscape” given the ontology of “God” and the ontology of “Man in Privation” and the ontology of “Final Redemption” as all three of those are ceaselessly in-play. On the “End of the Ages” then there comes the question of the timing of such finality. On that point Dr. William Craig touches on that question and his methodology is intellectually satisfying and also makes more sense of more of Scripture than other more ad hoc attempts. (…as per the earlier links…)

The following is from j.hillclimber:

Google: N.T. Wright delay of the parousia: “The problem of the delay of the parousia is a modern myth. The problem is caused by liberal Christianity’s no longer believing in the resurrection, which means that the weight of God’s activity is pushed forward in time. There’s not much evidence that the early church was anxious about this. First-century Christianity didn’t see itself so much as living in the last days, waiting for the parousia, as living in the first days of God’s new world. We are still awaiting the final outworking of what God accomplished in Jesus, but there are all kinds of signs to show that, though the situation is often bleak, we are in fact on the right road.”

No, N.T. Wright does not claim to understand things better than Paul. He claims to understand what Paul meant, and Wright’s claim in that regard is more credible than that of most other living people. Whatever you may think of Wright, the point is that you need someone well-versed in the cultures of first century Palestine, someone who is not going to naively read the texts according to a 21st century hermeneutic.

To get a sense of the difficulties in interpreting “the end times”, consider the variety of possible translations of Mark 1:15, which I am taking from biblehub.com :

In light of such difficulties, I am amazed at how confident you are that you know precisely how 1 John 2:18 would have been interpreted by the audience he was addressing.

The way the [Church] has read it is (to my understanding) to say that we are indeed living in “the end times”, in the sense that we are living after the climactic battle of creation. The “last hour” may go on for billions more years, but we need to respond decisively “now” to the outcome of that climactic battle. I respect people who want to make informed arguments to the contrary, but it is not at all obvious to me that this is out of step with what the Biblical authors were trying to get across.

Well, I don’t see how that CCC teaching is a heresy according to Irenaeus, so I guess there is nothing you can do 🙂 .. other than perhaps:

1. Ask me how I reconcile these ideas in my mind, or (more profitably, I suspect),

2. Examine the extensive history of interpretation associated with these ideas. It’s not like those who subsequently articulated Church doctrine were unaware of what Paul, or Irenaeus wrote, and it’s not like they could just slip their own de novo ideas past others who weren’t aware of those writings. They had to make arguments – they had to think through and provide reasons, and argue about, the ways in which new articulations could be set in relation with Church tradition. In the fancy way of saying it, they had to work within a “hermeneutic of continuity”.

What is at stake in Irenaeus’s writing is not whether someone uses the word “heaven”, nor even whether someone phrases things in terms of “souls going to heaven”. The issue is in how we conceive of heaven, what we think that language refers to. What seems clear to me is that Ireneaus is objecting to a vision of “heaven” that “does not admit the salvation of the flesh”.

Umm … the Christians I know do believe in physical resurrection, not in ethereal floating around on clouds with harps ??? We agree with Irenaeus, and with Paul. Christian Eschatology 101 affirms the vision of Revelation 21:1-2, as encapsulated in the Lord’s Prayer, “… on earth as it is in heaven”. The catechism defines heaven as “life in Christ”, and Christ is understood to be physically present both on earth (as things are) and in heaven (as things should be). There is already a bridge (Christ) between the way things are and the way things should be, and the final glory will come when everything passes freely back and forth across that bridge. It’s just a slow infusion rate, is all. If you think you are attacking Christianity as most people I know understand it, you are not.

I also have no clue why your riddle is even a riddle. Your background assumptions seem to be very different from my own, to the point where I really don’t even know where to begin.

For the curious, The New Oxford Annotated Bible (which aspires — successfully, it seems to me — to provide commentary consistent with “mainline” scholarly consensus), comes out fairly strongly against Petrine authorship:

“The tradition that this letter is the work of the apostle Peter was questioned in early times, and internal indications are almost decisive against it. It is dependent upon the Letter of Jude (compare 2.1-8 with Jude 4-16), and the author refers to all the letters of Paul (3.15) in a way that presupposes not only that they had been collected into a corpus, but that they were regarded as equal to “the other scriptures” — conditions which did not exist in the lifetime of Peter. Most scholars therefore regard the letter as the work of one who was deeply indebted to Peter and who published it under his master’s name early in the second century. In this connection the following considerations should be borne in mind. (1) In antiquity pseudonymous authorship was a widely accepted literary convention. Therefore the use of an apostle’s name in reasserting his teaching was not regarded as dishonest but merely a way of reminding the church of what it had received from God through that apostle. (2) The authority of the New Testament books is dependent, not upon their human authorship, but upon their intrinsic significance, which the church, under the guidance of the Spirit, has recognized as the authentic voice of apostolic teaching. For this reason therefore, what is traditionally known as the Second Letter of Peter was included in the canon of Scripture (on the canon, see p. 1170).”

The Bishop of Durham has broached the idea before but Hurtado’s criticism his directed towards the relatively recent (2013) Paul and the Faithfulness of God. Wright contends that Paul’s teaching that God’s Spirit dwelt in the Church as his Temple could only mean one thing among Jews of Second Temple days: God had returned to dwell on earth with his people. God’s Temple was once again filled with the Glory of God. God, YHWH, had returned to his people in Jesus who was vindicated after the resurrection and that same YHWH now shed his glory on earth in the lives of the saints. Christ is the first to be resurrected and the rest of his brethren will be raised at his final appearance from heaven (the parousia). The (extended) day of that resurrection is now, but God’s promise to return to his people and dwell among them was fulfilled when he came in Jesus and continues now that he lives in his earthly temple, the church. This final event is merely seen as the completion of the renewal that has begun with Christ’s resurrection. Thus there is no “second” coming: God has fulfilled his promise to come to live with his people now.