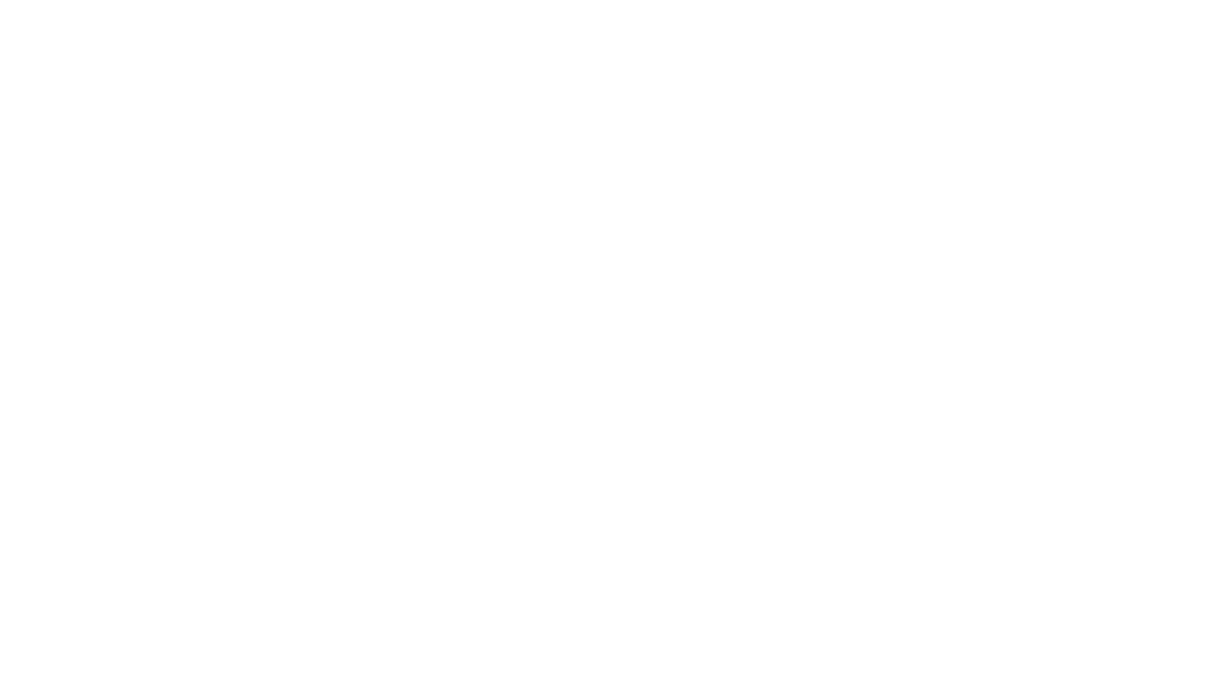 At Aquinas Online Joseph M. Magee, Ph.D. interacts with A Theory Of Justice by J. Rawls and shows why Human Laws should, per Thomas Aquinas, advocate tolerance.

In his influential work, A Theory of Justice, John Rawls accuses Thomas Aquinas of not advocating “even a limited tolerance.” (Cambridge: Harvard University Press, 1971), p.216) It seems plausible to accuse Rawls in this matter of a superficial reading of Thomas, depending on one passage in the http://www.newadvent.org/summa/3011.htm#article3 without placing that passage in its larger context. Upon closer examination, one can see that Thomas in fact advocates more than just a limited tolerance, while explicating that a true theory of tolerance is not a theory of neutrality, but rather an admission that the objects of toleration are not themselves positive goods.

Human law is not for the already virtuous, but rather for those still needing formation in virtue. This purpose contains within itself the seeds for toleration. Due to the fact that most people are still struggling to be virtuous, human laws should not be so stringent as to discourage persons on the road to virtue. Thomas suggests that human law should guide citizens, without overwhelming them:

Quote: The purpose of human law is to lead men to virtue, not suddenly, but gradually. Wherefore it does not lay upon the multitude of imperfect men the burdens of those who are already virtuous, viz., that they should abstain from all evil. Otherwise these imperfect ones, being unable to bear such precepts, would break out into yet greater evils… (… http://www.newadvent.org/summa/2096.htm#article2 …)

The evil actions of imperfect men which Thomas refers to are those actions which do not threaten the common good; clearly, Thomas does not wish to allow all evils. There are some evils, such as murder, which are so grave that they threaten the very stability of the community and cannot be tolerated. This passage seems to indicate, however, that Thomas would not favor a coercive state.

Moreover, Thomas takes into account the diversity of customs in different polities. He states that “…law should be possible both according to nature, and according to the customs of the country.”(Ibid., a. 2 co.) Man’s nature is fallen; thus, he is not capable of total perfection and he is prone to sin. The law should not regulate for man behavior which would be possible only for angels. Furthermore, custom is deeply rooted in every culture and to fashion laws which take no account of custom will only isolate citizens and earn resentment for the law. Custom is an important unifying force in any polity, and ought to be used for benefit, not suppressed. Thomas shows a respect for the diversity of custom, and does not seem to insist that the state be a homogenous community. In fact, he places custom on a quasi- equal footing with human law: “…custom has the force of law, abolishes law, and is the interpreter of law.” (… http://www.newadvent.org/summa/2097.htm#article3 …) He is quick to add, however, that custom (like human law) can never oppose the natural law. (Ibid., ad 1)

As was said previously, human law must gradually guide citizens to virtue. More than that, it cannot even prohibit all evils, simply because this would set up an ideal which many citizens would not be able to reach. Rather, human laws should only prohibit those vices”…from which it is possible for the majority to abstain; and chiefly those that are to the hurt of others, without the prohibition of which human society could not be maintained…” (… http://www.newadvent.org/summa/2096.htm#article2 …) Rawls himself would admit that not everything can be tolerated since “liberty is governed by the necessary conditions for liberty itself.”( Rawls, op. cit., p. 215) Since human law does not, and should not, forbid every evil, it follows that the state tolerates those vices not forbidden. Thomas makes this very clear:

Quote…those who are in authority, rightly tolerate certain evils, lest certain goods be lost, or certain greater evils be incurred: thus Augustine says (De Ordine ii.4): “If you do away with harlots, the world will be convulsed with lust.” (… http://www.newadvent.org/summa/3010.htm#article11 …)

This passage occurs in response to the question of whether the rites of certain unbelievers (such as the Jews) should be tolerated, which Thomas answers in the affirmative:

Quote: Hence, though unbelievers sin in their rites, they may be tolerated, either on account of some good that ensues therefrom, or because of some evil avoided. (Ibid.)

Even in this passage, however, Thomas has reservations about tolerating those rites of unbelievers which are neither true nor spiritually valuable. He only allows for such rites to be tolerated “in order to avoid an evil, for instance the scandal or disturbance that might ensue, or some hindrance to the salvation of those who if they were unmolested might gradually convert to the faith.”(Ibid.) To return to the brief statement about prostitution, it is especially striking because it shows Thomas’ willingness to tolerate a serious evil for the sake of civil order. Surely, this is a case of more than limited tolerance!

Thomas locates the need for tolerance in the eternal law itself. Advocating that human government should imitate the divine rule, Thomas reminds us:

Quote: Now although God is all-powerful and supremely good, nevertheless He allows certain evils to take place in the universe, which He might prevent, lest, without them, greater goods might be forfeited, or greater evils ensue. (Ibid.)

This was the principle which Thomas invoked to justify the toleration of harlots. It shows that his belief in tolerance is not merely a pragmatic one, but is deeply embedded in his view of man as one who participates in the eternal law.

We can see an inherent case for tolerance built into the Thomistic anthropology. In contemporary liberal theory, tolerance is justified on the basis of the current diversity in society. The flip side of this diversity is individuality, which requires liberty. In order for all persons to exercise their liberty, the state must tolerate those freely chosen actions of citizens of which it disapproves. (William Galston, Liberal Purposes, (Cambridge: Cambridge University Press, 1991), p.222) We can see the beginnings of such a position in Thomas’ doctrine of free will. According to the Thomistic doctrine, all persons have freedom to choose among apparent goods, and this includes the possibility of choosing real evils. God does not prevent us from erring, but rather allows (tolerates) our faults for the sake of our freedom. Even though He has the power to prevent or to even destroy all evil, He does not do so:

Quote: Since, therefore, the will is an active principle, not determined to one thing, but having an indifferent relation to many things, God so moves it that He does not determine it of necessity to one thing, but its movement remains contingent and not necessary…. (… http://www.newadvent.org/summa/2010.htm#article4 …)

Since God respects man’s liberty, on Thomistic principles, so should the state.

Furthermore, as we have already seen, (… http://www.newadvent.org/summa/2096.htm#article2 …) not all persons are equal in virtue. Different people are at various stages of moral development, which is one reason why Thomas argues that human law should not be too idealistic. Thomas allows for the moral diversity of persons (as well as the diversity of customs), and teaches tolerance towards those imperfect in virtue.

Thus far, it seems as if Rawls’ criticism is entirely unfounded. We have yet, however, to investigate the singular passage from the Summa which prompts his criticism. This is Thomas’ infamous question as to whether heretics should be tolerated. Thomas responds:

Quote: Wherefore if forgers or money and other evil-doers are forewith condemned to death by the secular authority, much more reason is there for heretics, as soon as they are convicted of heresy, to be not only excommunicated, but even put to death. (… http://www.newadvent.org/summa/3011.htm#article3 …)

Rawls attacks this passage as being an affront to liberty, and also as being unfair since the danger of heresy is a matter of faith:

Quote: …Aquinas justifies the death penalty for heretics on the ground that it is a far graver matter to corrupt the faith, which is the life of the soul, than to counterfeit money. So if it is just to put to death forgers and criminals, heretics may a fortiori be similiarly dealt with. (Rawls, op.cit.,p.215)

First of all, we must closely examine Thomas’ actual words. He is not directly advocating the death penalty for heretics. Rather, he is setting up a conditional: if forgers and the like are executed under the law, then heretics should, with much more justification, be likewise punished. Thomas himself does not directly advocate that forgers should be killed; he is merely describing how they were dealt with within his own society. Forgers are not executed in modern, liberal democracies; we reserve the death penalty for our most heinous murderers. In medieval society, however, many lesser crimes were punishable by death. Heresy, which endangers a person’s eternal salvation, surely is a greater evil than forgery. Furthermore, Thomas reserves the execution of heretics to the secular authority. Today, with our total separation of Church and State, the secular authority would have no concern with heretics. Perhaps, medieval society, which was based on the divine right of kings, or England under Henry VIII, would be threatened politically by religious dissenters. Our own society would experience no such threat. Thomas’ seeming intolerance to heresy, a matter of faith, is simply irrelevent in a liberal democracy–and, as such, need not stand up to Rawls’ criticism.

If, however, we examine the Thomistic doctrine on the death penalty in general, we can see that he only favors it when the common good is in immediate danger:

Quote: Therefore, if a man be dangerous and infectious to the community, on account of some sin, it is praiseworthy and advantageous that he be killed in order to safeguard the common good…. (… http://www.newadvent.org/summa/3064.htm#article2 …)

In the same place, however, Thomas adds that evil-doers should be tolerated if their destruction would harm the virtuous:

Quote: Wherefore Our Lord teaches that we should rather allow the wicked to live, and that vengeance is to be delayed until the last judgment, rather than that the good be put to death together with the wicked.(Ibid., ad. 1)

It should be clear from the forgoing that Rawls’ accusation that Thomas is intolerant is superficial and false. Thomas advocates tolerance of the rites of unbelievers and even of such evils as prostitution. Moreover, the Thomistic theory of free will and the relationship of God to the free choices of man provides an even stronger basis for toleration than does Rawls’ more pragmatic doctrine.